Alex Pasquale began to sing at the age of 8, and with 13 he formed his first band. He had many groups of hard rock and metal along the years. In 2002, he started to take classes with Nando Fernandes, with whom he got the opportunity to meet the work of Sinrise and released his first work: Sin After Sin.
He worked with Sinrise until 2004, and, in 2005 was invited by bass player Biek Yohaitus to join Hevilan. 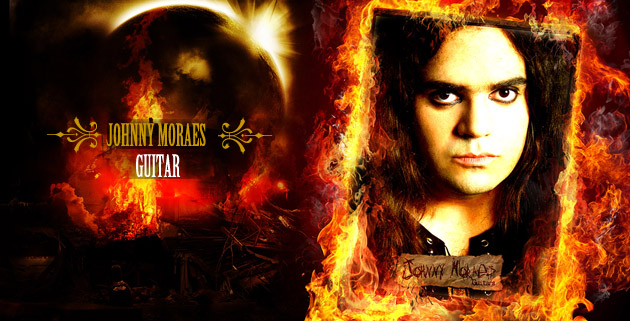 Johnny began his musical studies in 1994, in a small music school near his home, after he bought a guitar in a holiday trip. He studied with Gustavo Resende, Edu Ardanuy, Paulo Tiné, Djalma Lima and Pollaco. Made summer courses at Berklee College of Music and LAMA  USA, were he had the pleasure of getting tuition with Frank Gambale. Through the years he had many bands of metal and rock, but the one that gets closer to his creative vein is Hevilan. In April 2014, he was chosen to play as a sideman to Warrel Dane (Nevermore, Sanctuary) in his Brazilian tour.

Biek Yohaitus began his musical studies at the age of 11 on the piano, by the influence of his mother Elizabeth, a professional piano player. He also played the drums and bass, instrument that he began to really dedicate himself at the age of 20.
In 2002, he releases his first record: Sin After Sin with Sinrise, band in which he worked together with Alex Pasquale.
Also, at this same time, he started to work as a transcripter of the magazine Cover Baixo, were he met Johnny Moraes, that used to do this same job at Cover Guitarra, another magazine that belonged to the same publishing company.
Having studied with the great masters of bass in Brazil and with his technical abilities well evolved, Biek felt the need to study the music as a whole. So he enrolled at Alcântara Machado Faculty of Arts (UniFaam) at the classical composition course. So, in that way new compositional ideas took form in his mind.
Hevilan had already released the EP Blinded Faith, and was already touring the country when songs like Minus is Call, End of Time and Son of Messiah were made. This tunes had an extra ingredient, like four voice chorals and, later on, a string quartet in Loneliness.
Nowadays, Biek Yohaitus teaches at Melodia School, in São José dos Campos/SP, and he is preparing himself to tour again for the support of The End of Time album, to make workshops and master classes in his instrument, the bass, and composition.

He is also composing new material for the next Hevilan record, and prepares a sonbook, with the commented transcription of all bass lines of The End of Time.
Read Biek´s complete bio at: www.biek.com.br 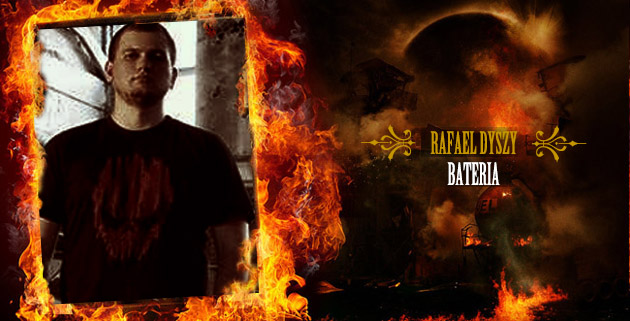 Rafael Dyszy started to play at age 14. He began his studies in music schools on the region of Suzano, and, after some years, he went to have private classes with Edu Ribeiro. As the years went by, he made some shows through all Brazil, playing with cover bands of Helloween, Iron Maiden, Metallica, Dream Theater, etc.

The good exposition he had at the time, made Hevilan invite Rafael to join them in 2006, playing through 4 brazilian states, on the Blinded Tour. At the time, some difficulties with the band a Rafael´s agenda, did not make possible for him to join the band as a permanent member.

Time went on, and Rafael followed doing lots of shows and recordings, until the invitation to become a member of the band, came again in 2013. After a brief period of experience and some shows, he is announced to substitute Aquiles Priester, on the second semester of 2014.